With over 700 pilots on rolls, we make sure each one has their own lounge to relax and assignments to complete. With competitive events and collaborative forums, each pilot is assigned a Hub to represent and build on. Mirroring Delta's real life operation hubs, we have assigned Regional Operation Managers, Hub Managers & Asst. Hub Managers to ensure our pilots get the best support and assistance that they may need at any time. Choose from any hub within America, or one from our Europe or Asian locations.
Explore 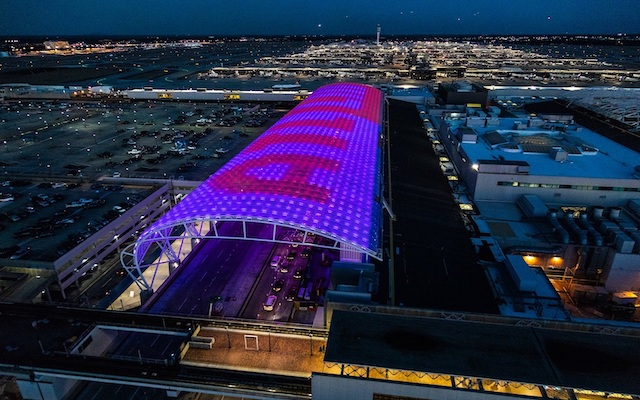 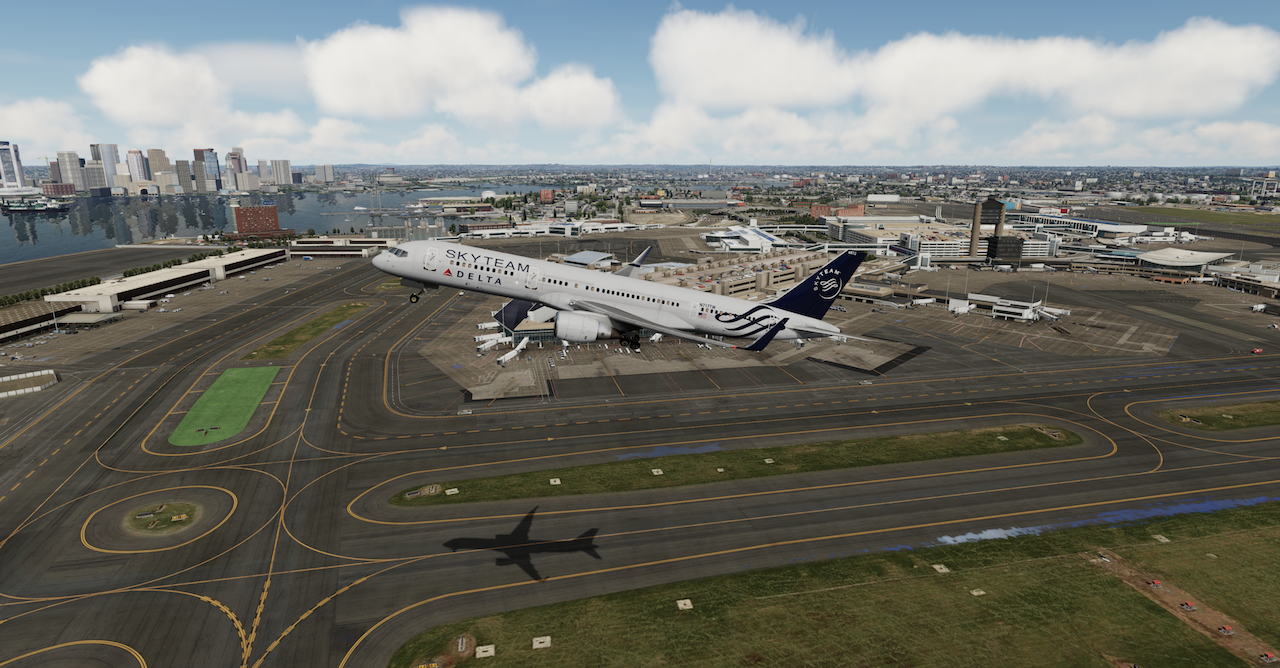 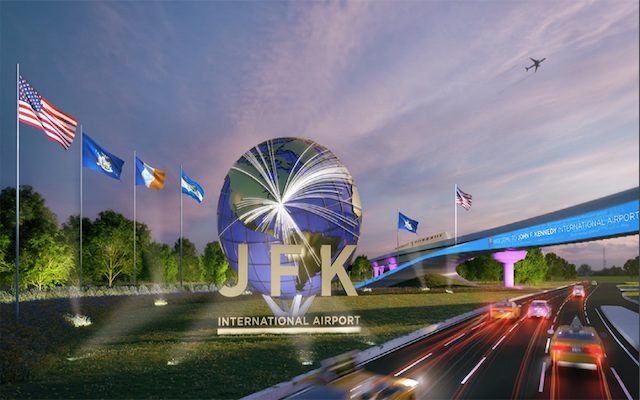 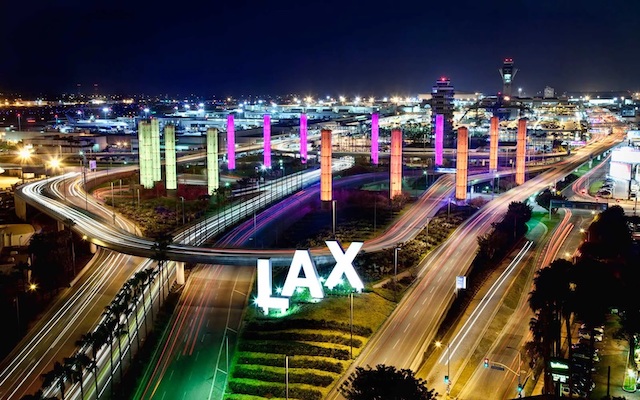 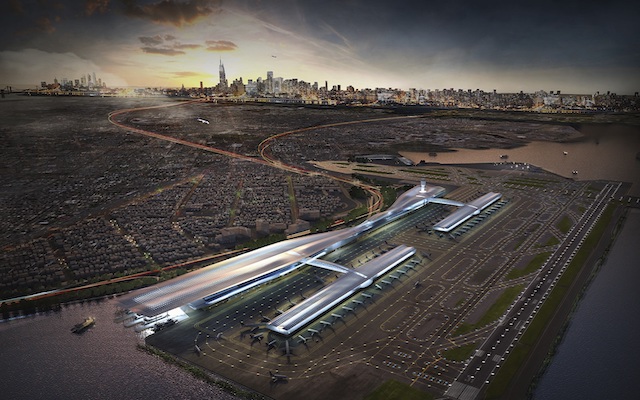 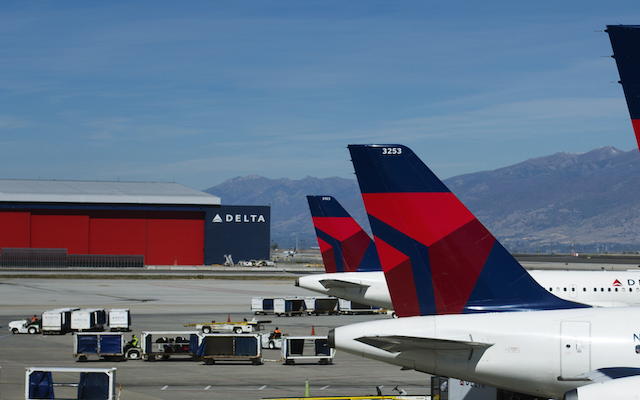 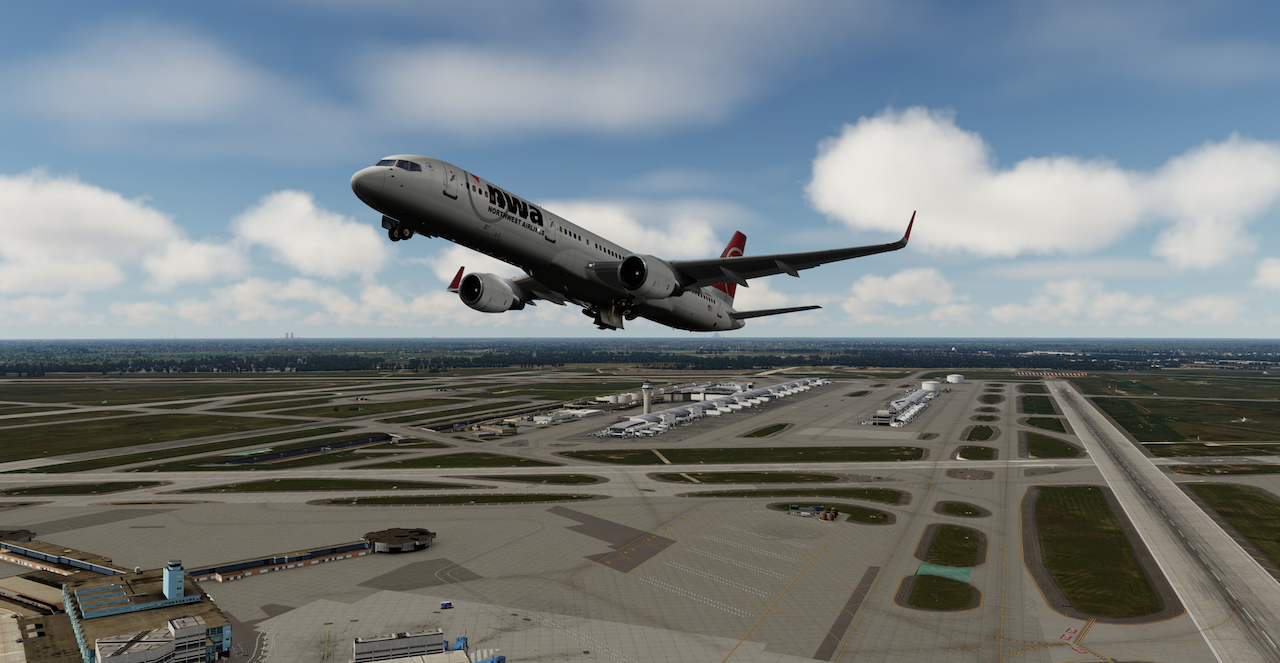 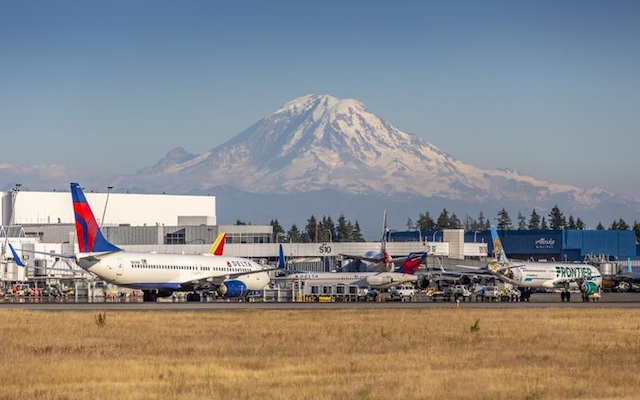 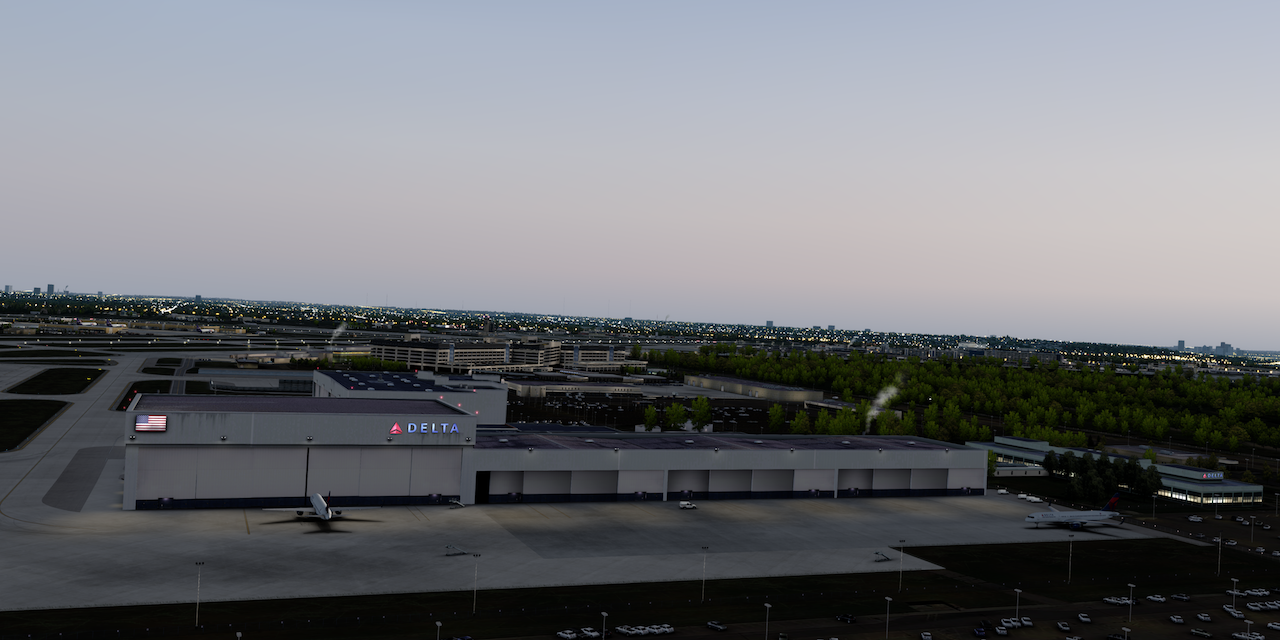 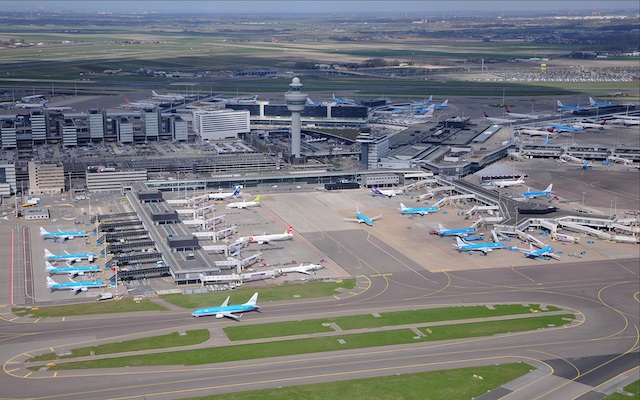 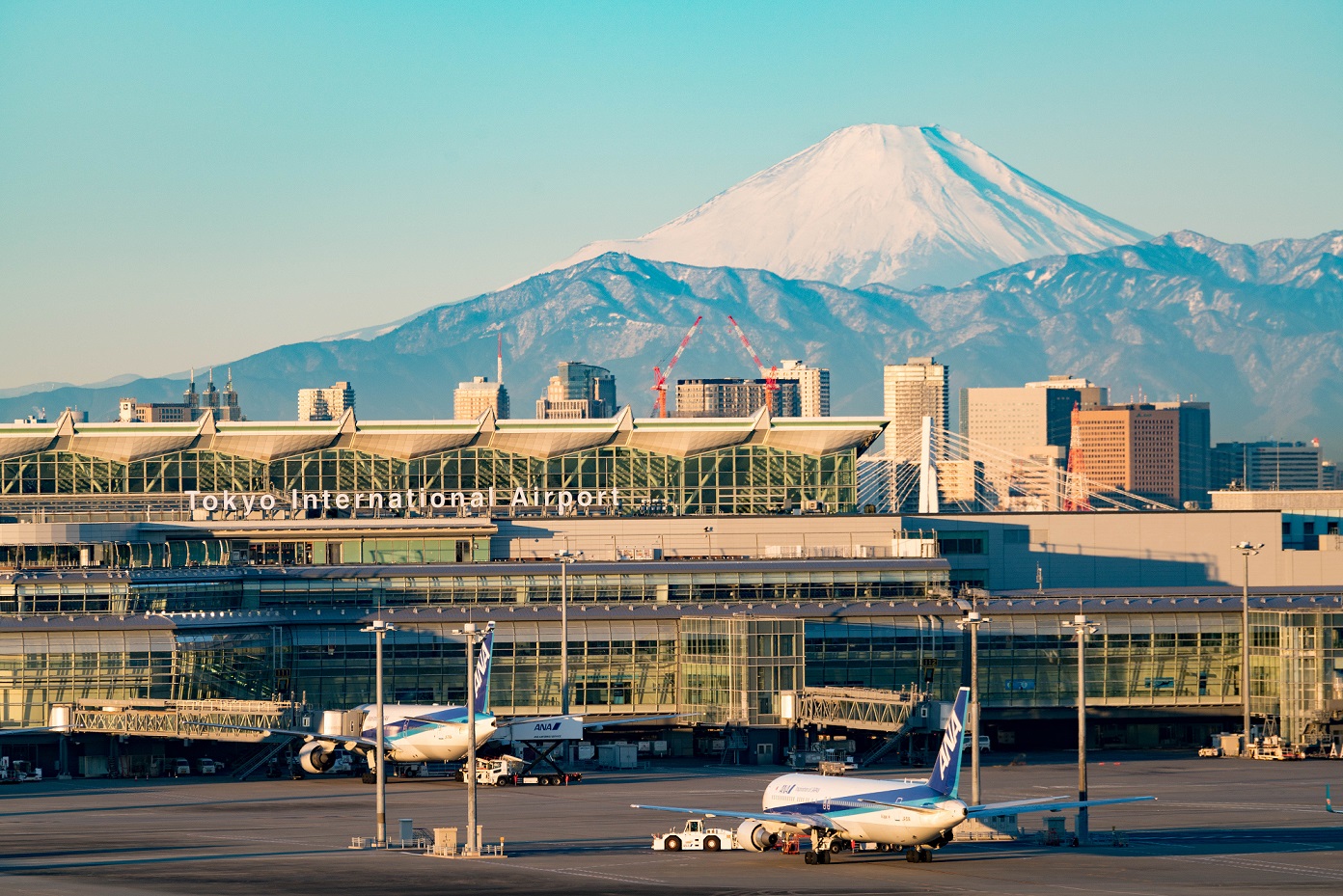 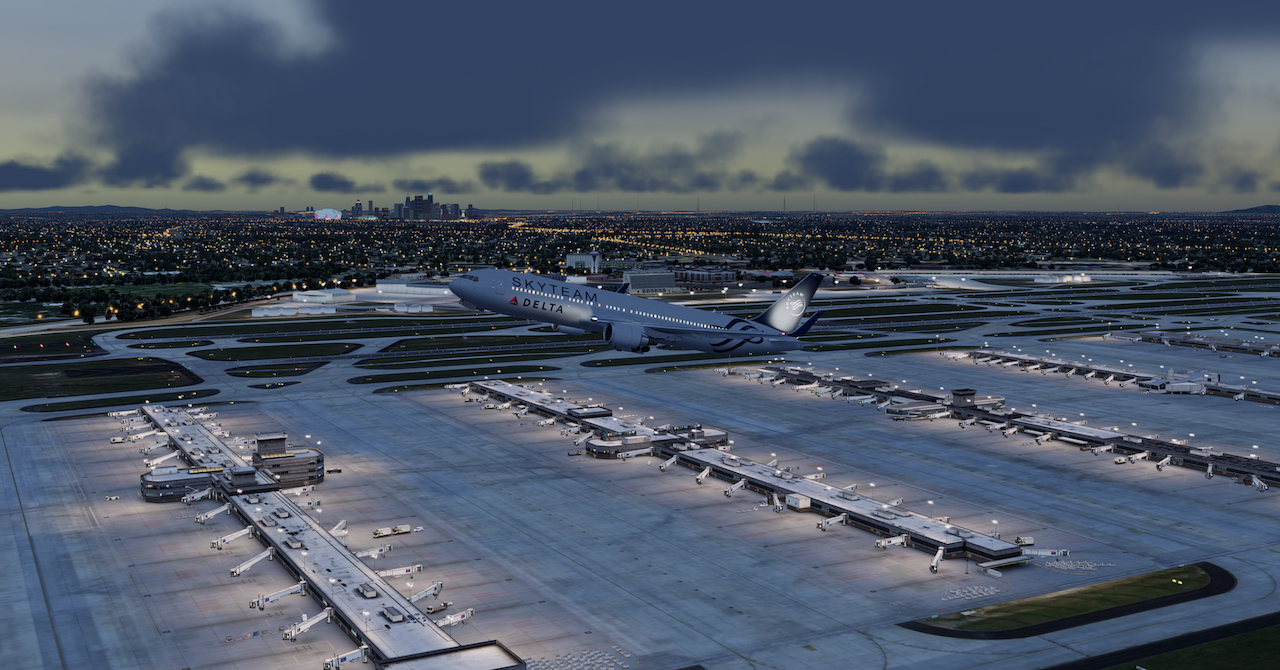 Also known as ATL, this has been the world’s busiest airport by passenger traffic since 1998 and by number of landings and take-offs more often than not since 2005. Seven miles south of Atlanta’s central business district, the Georgia airport accommodated over 100 million passengers and nearly one million flights in 2012 alone, which breaks down to about 260,000 passengers per day. Most of those flights are domestic. ATL is Delta’s primary hub (it accounts for over 75 percent of the airport’s passengers), and a focus city for Frontier, Southwest, and Spirit. 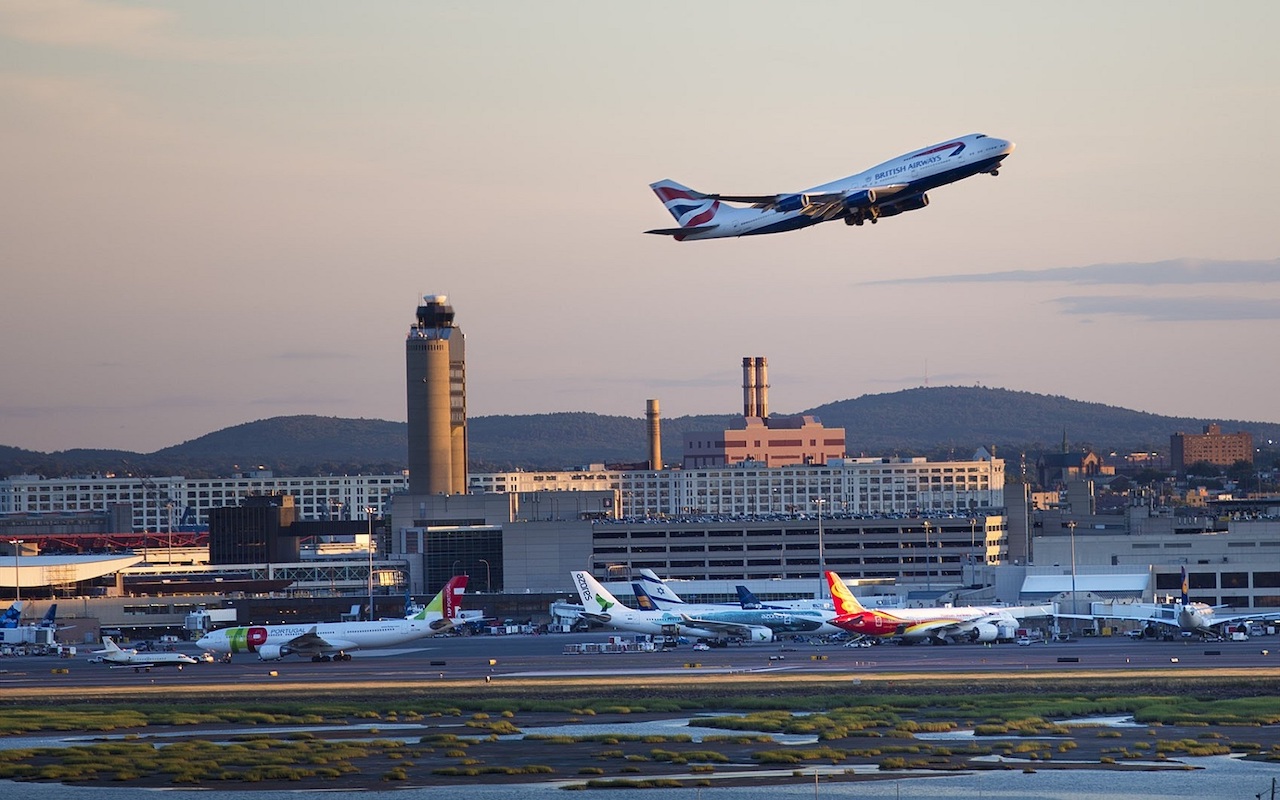 Logan Airport opened on September 8, 1923, and was used mainly by the Massachusetts Air Guard and the Army Air Corps. It was then called Jeffery Field. The first scheduled commercial passenger flights were on Colonial Air Transport between Boston and New York City in 1927. On January 1, 1936, the airport's weather station became the official point for Boston's weather observations and records by the National Weather Service. 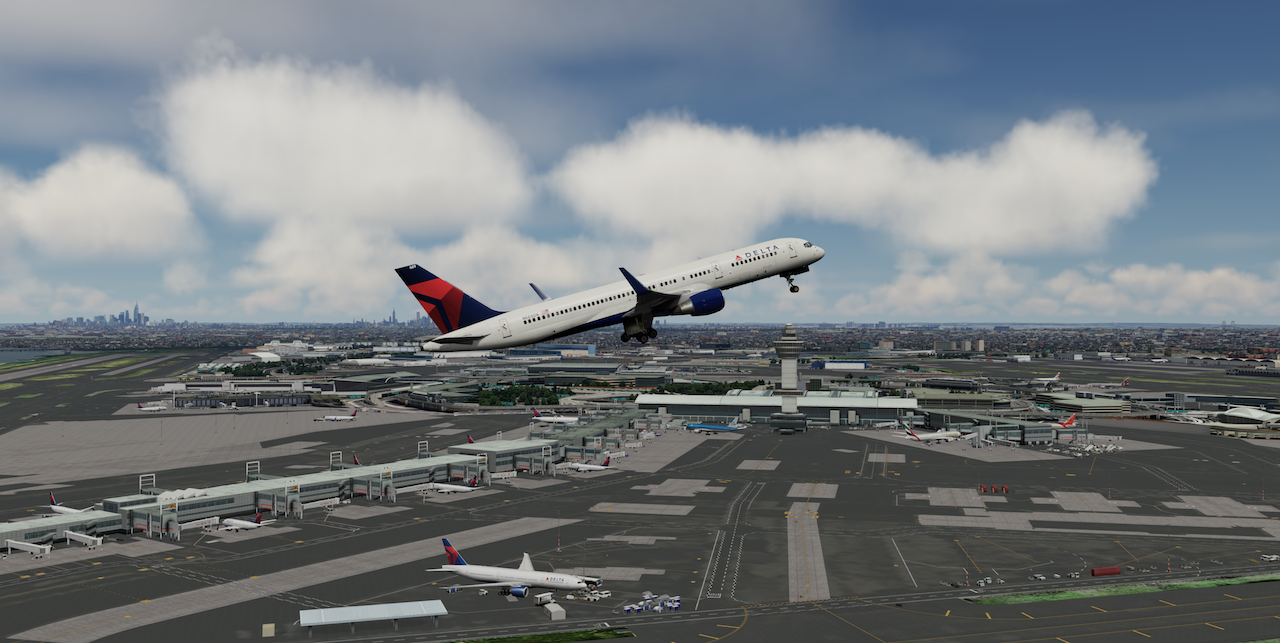 JFK is located in the Jamaica neighborhood of Queens in New York, 16 miles (26 km) southeast of Midtown Manhattan. The airport features six passenger terminals and four runways. JFK serves as a big hub for 3 airlines, one of few airports in the US to do so. JFK is a hub for both American Airlines and Delta Air Lines, and it is the primary operating base for JetBlue. JFK was also formerly a hub for Pan Am, TWA, Eastern, National, and Tower Air. The facility opened in 1948 as New York International Airport and was commonly known as Idlewild Airport. Following John F. Kennedy's assassination in 1963, the airport was renamed John F. Kennedy International Airport as a tribute to the 35th President. 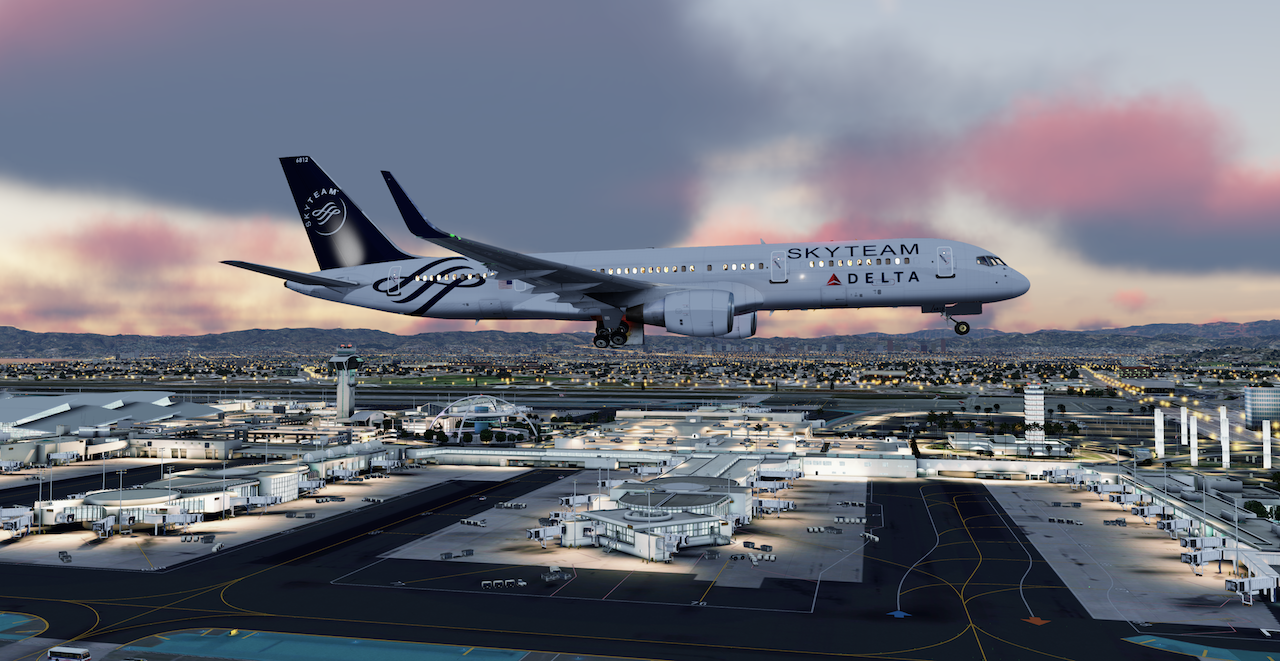 LAX is located in the Westchester neighborhood of Los Angeles, California, 18 miles (30 km) southwest of downtown Los Angeles, with the commercial and residential areas of Westchester to the north, the city of El Segundo to the south and the city of Inglewood to the east. Owned and operated by Los Angeles World Airports (LAWA), an agency of the government of Los Angeles, formerly known as the Department of Airports, the airport covers 3,500 acres (1,400 ha) of land. LAX has four parallel runways. In 2019, LAX handled 88,068,013 passengers, making it the world's third busiest and the United States' second busiest airport following Hartsfield-Jackson Atlanta International Airport. As the largest and busiest international airport on the U.S. West Coast, LAX is a major international gateway to the United States, and also serves a connection point for passengers traveling internationally. The airport holds the record for the world's busiest origin and destination airport, since relative to other airports, many more travelers begin or end their trips in Los Angeles than use it as a connection. It is also the only airport to rank among the top five U.S. airports for both passenger and cargo traffic. 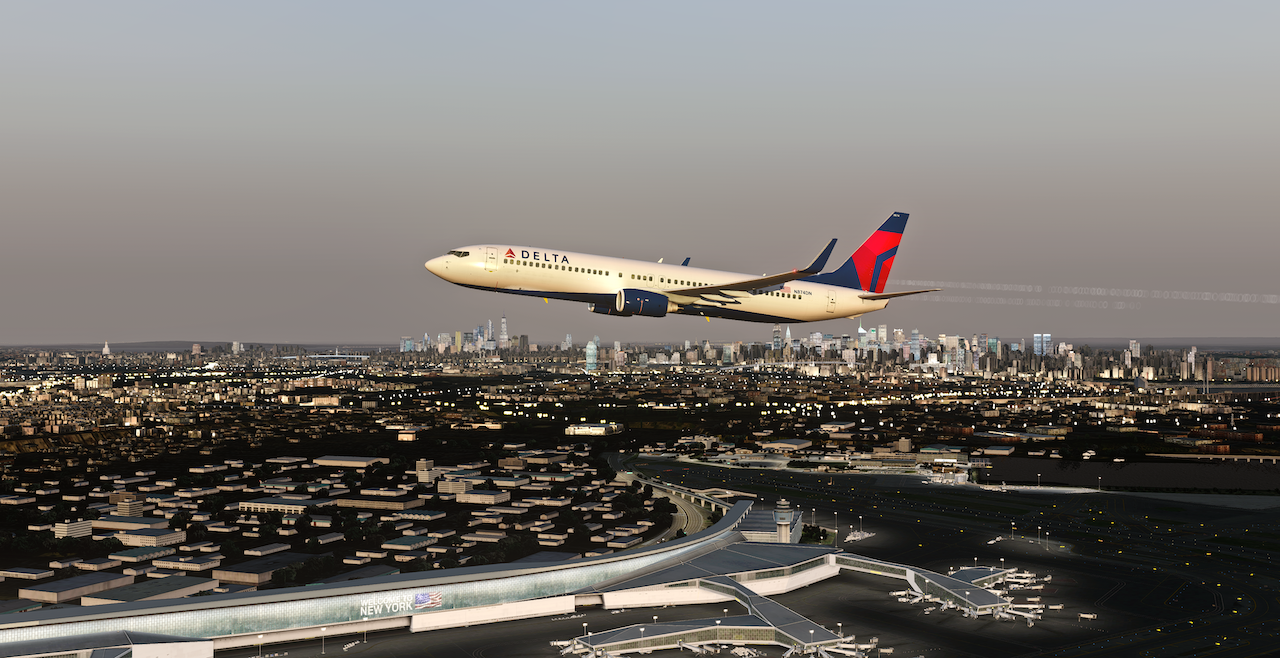 This airport is the third busiest airport serving New York City, and the twentieth busiest in the United States. LaGuardia Airport covers 680 acres (280 ha). In 2016, LaGuardia Airport had a strong growth in passenger traffic; about 29.8 million passengers used the airport, a 14.2 percent increase from the previous year. LGA is a hub for American Airlines and Delta Air Lines. A perimeter rule prohibits nonstop flights to or from points beyond 1,500 miles (2,400 km), but exceptions to the perimeter rule are flights on Saturdays and flights to Denver. International flights without border preclearance must use the nearby JFK or Newark airports, as there is no border control facility at the airport. Glenn H. Curtiss Airport (named after aviation pioneer Glenn Hammond Curtiss), later renamed North Beach Airport, was the earlier airport at this location. The name was changed after New York City's takeover and reconstruction to New York Municipal Airport–LaGuardia Field, and in 1953 became "LaGuardia Airport", named for Fiorello La Guardia, the mayor of New York City when the airport was built. LaGuardia has been extensively criticized for its outdated facilities, lack of cleanliness, cramped building design, and poor customer service, among other problems. The airport has been ranked in numerous customer surveys as the worst in the United States. Among pilots, it is referred to as "USS LaGuardia", because the runways are short and surrounded by water, thus giving the feel of landing on an aircraft carrier. On July 27, 2015, New York Governor Andrew Cuomo announced a reconstruction plan that would completely replace the existing airport. The reconstruction project broke ground in 2016 and is scheduled to be complete by 2021. 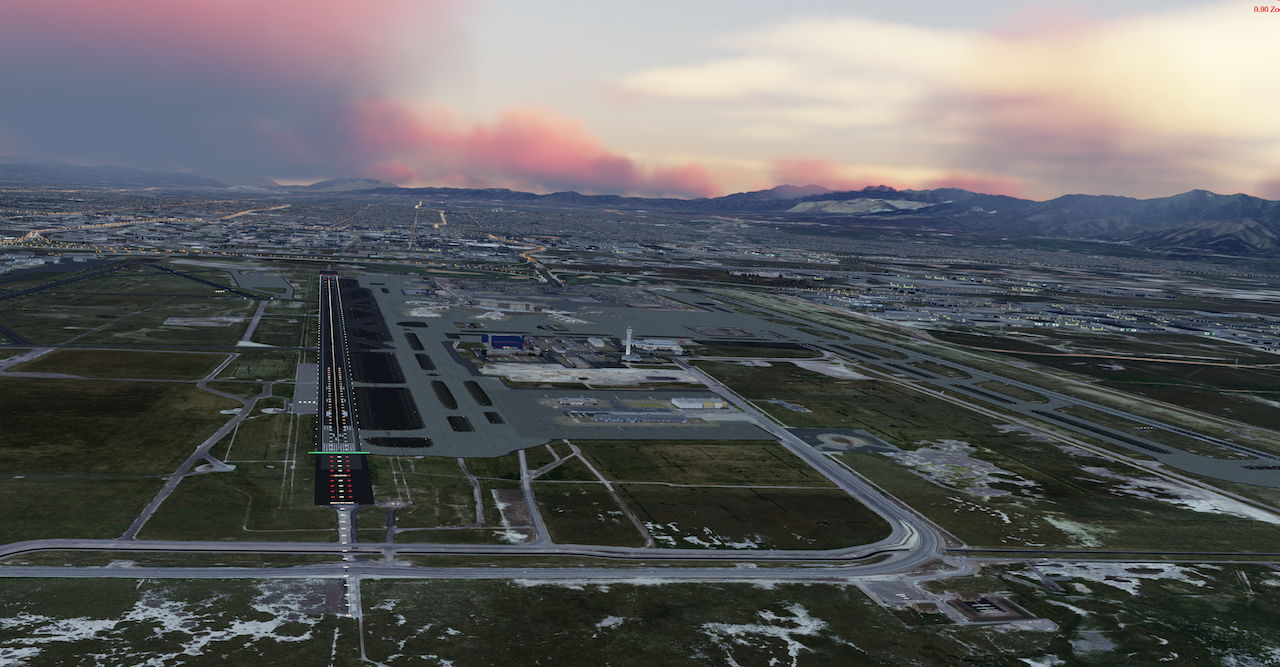 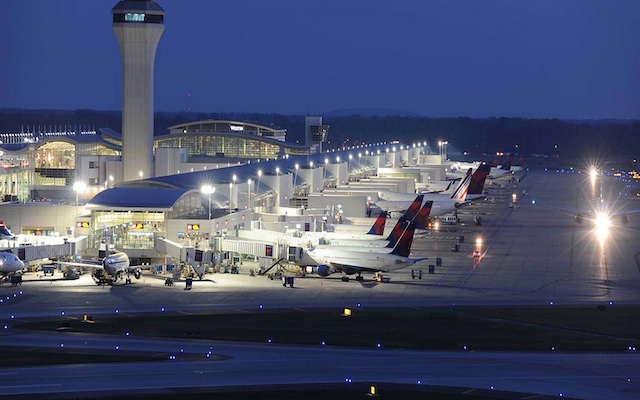 The airport is Delta Air Lines' second-largest hub in terms of total operations after Atlanta. Detroit is Delta's main gateway to Asia for the Eastern United States, and is Delta's third-busiest gateway to Europe. The airport is a major gateway for tourism in metropolitan Detroit and is one of SkyTeam's major Midwestern hubs. It is the fourth-largest base for Spirit Airlines and is a major connecting point between the Eastern and the Western United States. Spirit is the second-largest carrier for this airport in terms of passengers carried and weekly operations and is the only other United States carrier that offers international service. The airport has service to 30 international destinations and service to 39 states across the United States. Operated by the Wayne County Airport Authority, the airport has four main runways, two crosswind runways, two terminals (McNamara Terminal and North Terminal), and 129 in-service gates. McNamara Terminal has three concourses (A, B, and C), while North Terminal has one (D). Concourse A in McNamara Terminal, at nearly 1 mi (1.6 km) in length, is the second-longest airport concourse in the world (the longest is in Terminal 1 of Japan's Kansai International Airport). A Westin Hotel and conference center is connected to Concourse A. Detroit Metropolitan Airport has maintenance facilities capable of servicing and repairing aircraft as large as the Boeing 747-400. 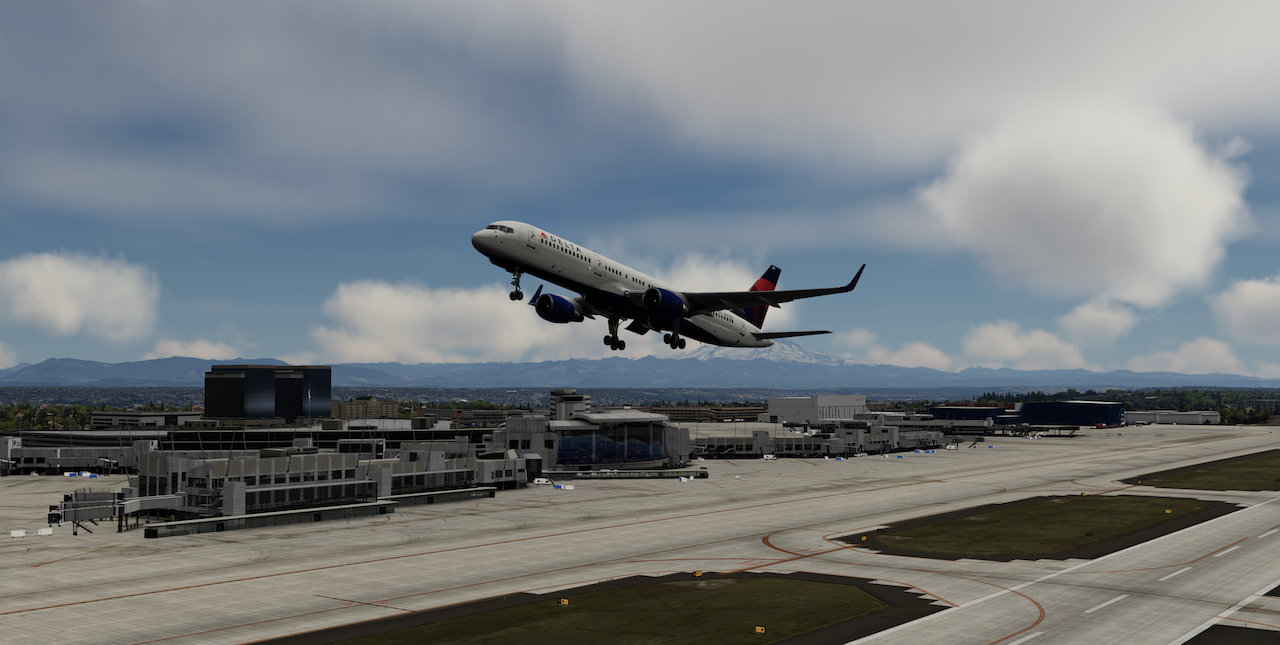 Seattle–Tacoma International Airport, also referred to as Sea–Tac Airport or Sea–Tac (/ˈsiːtæk/), is the primary commercial airport serving the Seattle metropolitan area in the U.S. state of Washington. It is located in the city of SeaTac, approximately 14 miles (23 km) south of Downtown Seattle and 18 miles (29 km) north-northeast of Downtown Tacoma. The airport, the largest in the Pacific Northwest region of North America, is located between Portland, Oregon, and Vancouver, British Columbia, and owned by the Port of Seattle. The airport has flights to cities throughout North America, Europe, the Middle East, and Asia. It is the primary hub for Alaska Airlines, whose headquarters are near the airport. It is also a hub and international gateway to Asia for Delta Air Lines, which has expanded at the airport since 2011. Thirty-four airlines serve 91 non-stop domestic and 28 international destinations. In 2019, the airport was the 28th-busiest airport in the world and the eighth-busiest in the United States (right after San Francisco SFO) by passenger traffic, and is considered one of the fastest growing in the United States; it surpassed 50 million passengers for the 2019 calendar year. The entire airport covers an area of 2,500 acres or 3.9 square miles (10 km2), much smaller than other U.S. airports with similar annual passenger numbers. 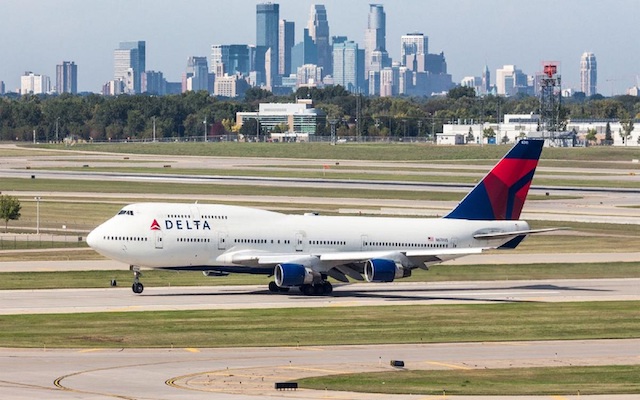 Minneapolis–Saint Paul International Airport, also less commonly known as Wold–Chamberlain Field, is a joint civil-military public use international airport. It is located in unincorporated Hennepin County, Minnesota, United States, within 10 miles (16 kilometers) of both downtown Minneapolis and downtown Saint Paul. MSP is the largest and busiest airport in the six-state Upper Midwest region of Minnesota, Iowa, Nebraska, North Dakota, South Dakota, and Wisconsin. A joint civil-military airport, MSP is also home to the Minneapolis–Saint Paul International Airport Joint Air Reserve Station, supporting both Air Force Reserve Command and Air National Guard flight operations. The airport is mostly located in the census-designated place of Fort Snelling in an unincorporated portion of Hennepin County. Small sections of the airport are within the city limits of Minneapolis and Richfield. However, per Minnesota state law, the land on which the airport sits is not part of any city or school district. MSP covers 2,930 acres (1,186 ha) of land. The airport generates an estimated $15.9 billion a year for the Twin Cities' economy and supports 87,000 workers. MSP is the third largest hub airport for Delta Air Lines and its Delta Connection partners by passenger traffic. It also serves as the home airport for Minnesota-based Sun Country Airlines. Delta Air Lines and its regional affiliates account for about 70% of the airport's passenger traffic. The airport is operated by the Metropolitan Airports Commission, which also handles the operation of six smaller airports in the region. 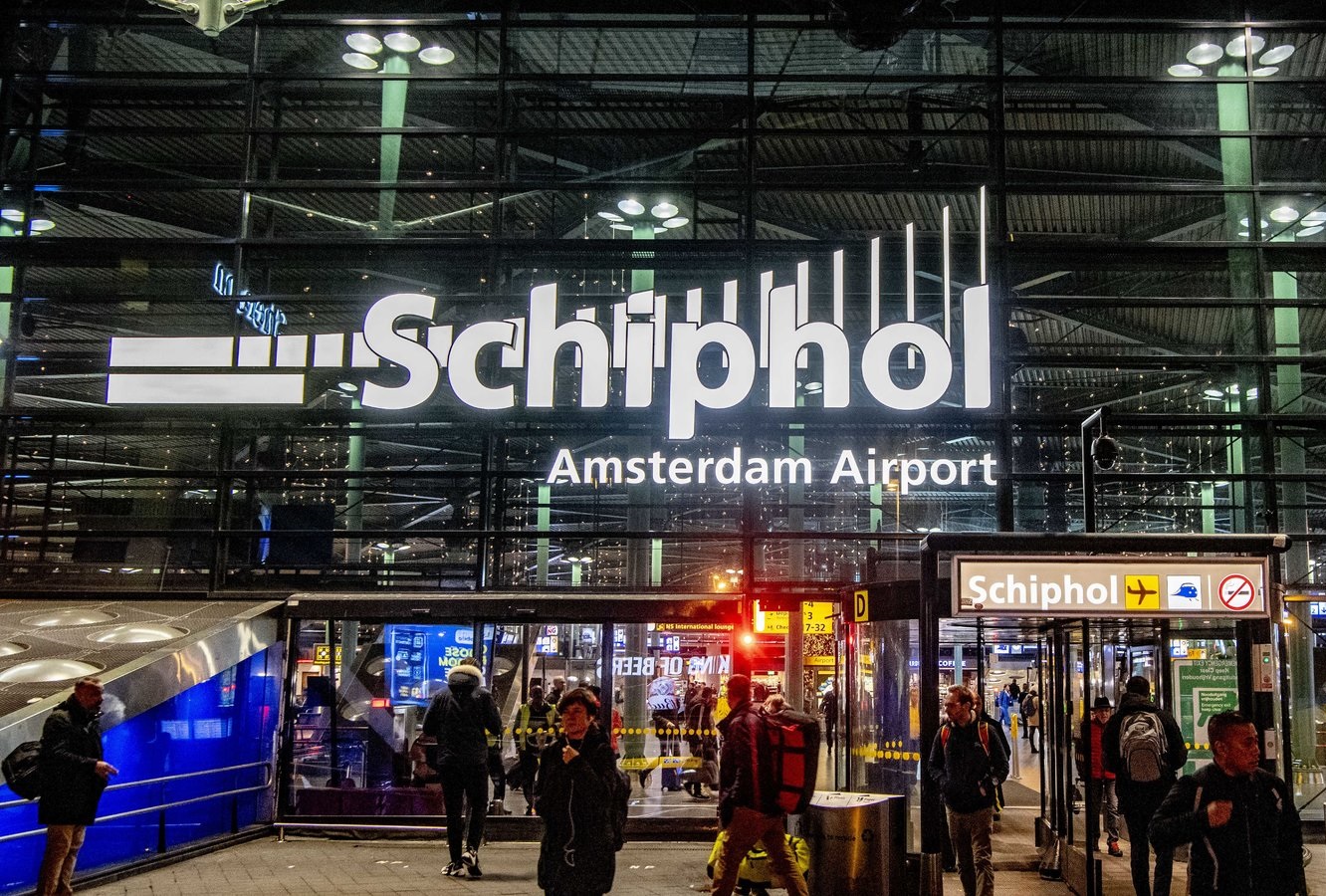 Amsterdam Airport Schiphol, known informally as Schiphol Airport (Dutch: Luchthaven Schiphol, pronounced [ˌlʏxtɦaːvə(n) ˈsxɪp(ɦ)ɔl]), is the main international airport of the Netherlands. It is located 9 kilometres (5.6 miles) southwest of Amsterdam, in the municipality of Haarlemmermeer in North Holland. It is the third-busiest airport in Europe in terms of passenger volume and the busiest in Europe in terms of aircraft movement. The airport is built as a single-terminal concept: one large terminal split into three large departure halls. Schiphol is the hub for KLM and its regional affiliate KLM Cityhopper as well as for Corendon Dutch Airlines, Martinair, Transavia and TUI fly Netherlands. The airport also serves as a base for EasyJet and LEVEL. Schiphol opened on 16 September 1916 as a military airbase. The end of the First World War also saw the beginning of civilian use of Schiphol Airport and the airport eventually lost its military role completely. By 1940, Schiphol had four asphalt runways at 45-degree angles. The airport was captured by the German military that same year and renamed Fliegerhorst Schiphol. The airport was destroyed through bombing but at the end of the war, the airfield was soon rebuilt. In 1949, it was decided that Schiphol was to become the primary airport of the Netherlands. 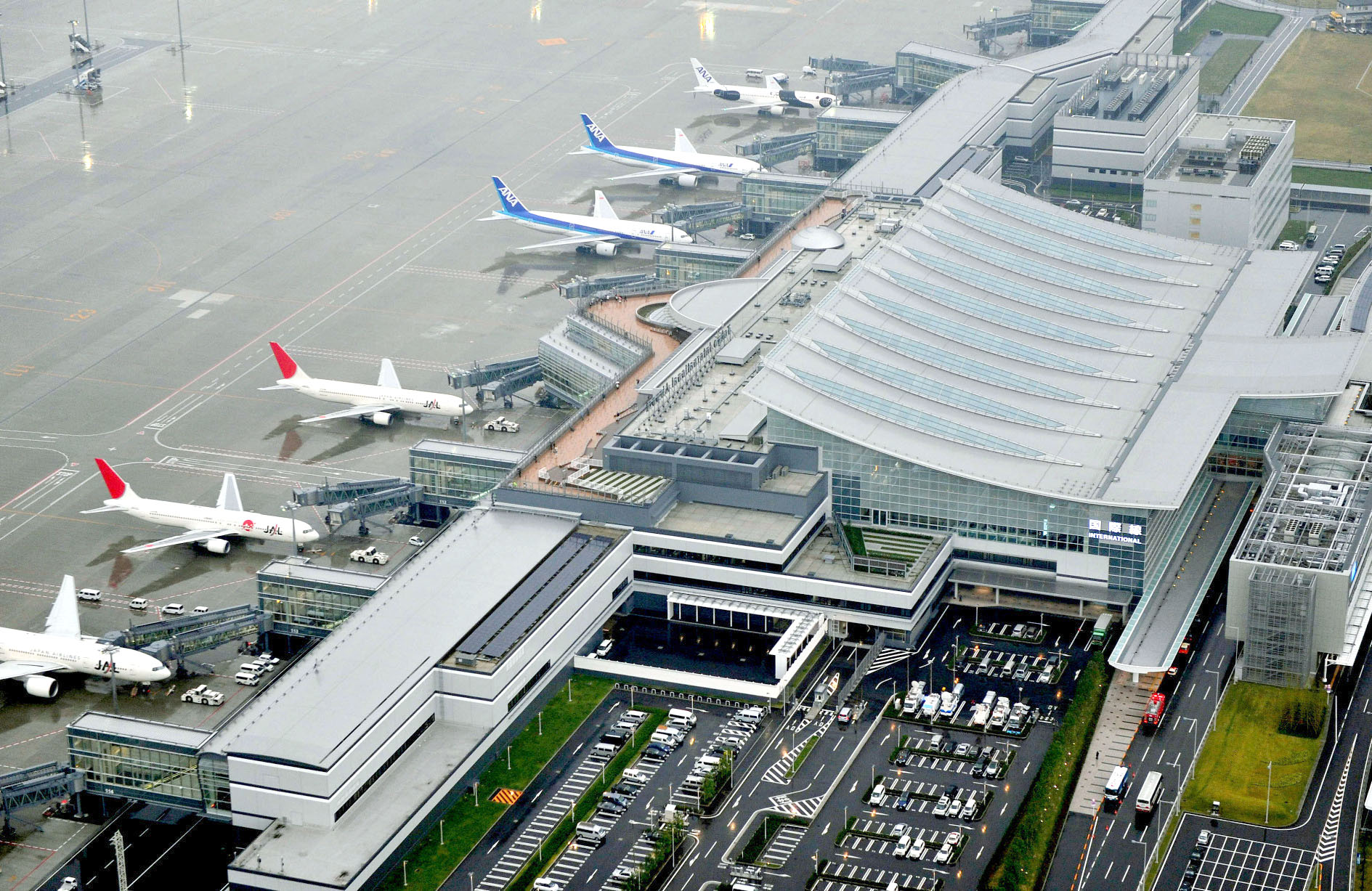 Tokyo International Airport (東京国際空港), commonly known as Haneda Airport (羽田空港), Tokyo Haneda Airport, and Haneda International Airport (IATA: HND, ICAO: RJTT), is one of the two primary airports that serve the Greater Tokyo Area, and is the primary base of Japan's two major domestic airlines, Japan Airlines (Terminal 1) and All Nippon Airways (Terminal 2). Haneda Airfield opened in 1931 on a small piece of reclaimed land on the west end of today’s airport complex. During the Empire and war, it was shifted to entirely military use. At the conclusion of the war, General Douglas MacArthur personally took delivery of the airport as part of the US Occupational Forces, and it was renamed Haneda Army Air Base. In 1947, Haneda took on passenger service in addition to its military purpose, with the arrival of a DC-4 service from Northwest Orient Airlines (precursor to Northwest Airlines). Northwest Orient Airlines established a hub at Haneda, with connections to China, South Korea and the Philippines from the continental United States. Haneda was the primary international airport serving Tokyo until 1978; from 1978 to 2010, Haneda handled almost all domestic flights to and from Tokyo. In 2010, a dedicated International Terminal, currently Terminal 3, was opened at Haneda in conjunction with the completion of a fourth runway. Haneda opened up to long-haul service during the daytime in March 2014, with carriers offering nonstop service to 25 cities in 17 countries.